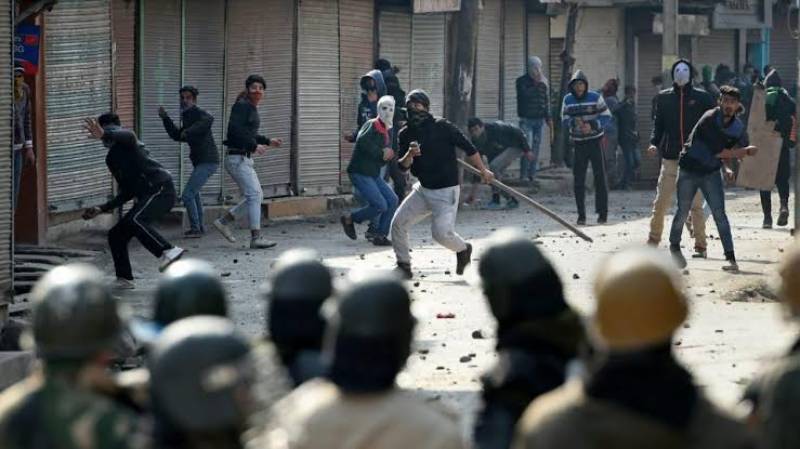 The troops martyred the youth during a cordon and search operation in Sugoo Hendhama area of the district. The operation was going on till last reports came in. Indian police and troops have sealed all entry and exit points of the area.

The occupation authorities have suspended internet service in the district.

This is third violent operation in Shopian since Sunday. During these operations, the troops have martyred fourteen youth and injured dozens others besides destroying several houses.

Minister for Kashmir Affairs Ali Amin Gandapur has condemned Indian occupied forces have escalated atrocities in Kashmir and Kashmiri youth are being martyred daily under the guise of house-to-house search.

In a statement, he said incidents of extrajudicial killings have increased to a dangerous level in the Indian Occupied Kashmir and the world community should take notice of this.

The Minister said almost ten months have passed since the lockdown was imposed in Occupied Kashmir and the people of the area are forced to live in the world’s largest prison at a time when the global community has failed to tolerate a lockdown amidst COVID-19.

He urged the world community to raise its voice against the ongoing prejudice against Muslims by India. He said Hindu extremist fascist ideology and intentions have taken a dangerous turn in India which pose a serious threat to the security of the entire region.