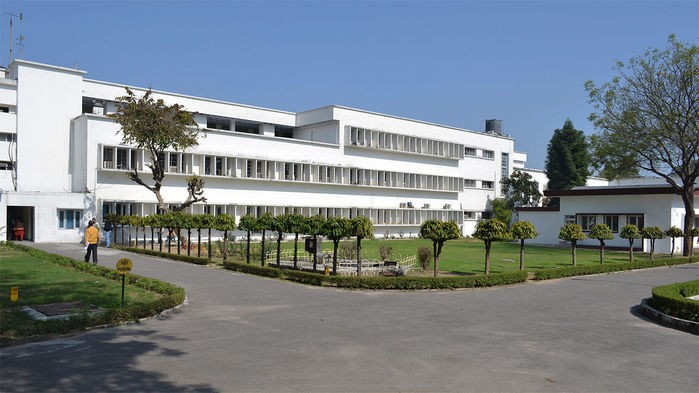 NEW DELHI—When the Indian government rolled out its national budget for 2018–19 here yesterday, many researchers could breathe a sigh of relief: Most science agencies got modest but inflation-beating increases. Not the 4600 scientists at the Council of Scientific and Industrial Research (CSIR) here. The national network of 38 premier scientific laboratories is slated to receive $711.7 million, a 3.3% increase—only about half this year’s forecasted inflation rate.

In 2015, the government sought to wean CSIR off the federal coffer, directing it to raise up to half its budget by commercializing its technologies. The council has made headway toward that target, and now funds about a quarter of its budget from outside sources. The cash-strapped labs took another hit last year, when new rules on salaries, pensions, and perks for government employees forced the council to raid its research budget for the increased personnel costs.

“Sometimes a little tightening of the belt is good for the system,” CSIR’s Director General Girish Sahni told Science. As a result, he says, CSIR labs “have become focused.”

But the budget news has left rank-and-file CSIR scientists crestfallen. “The miniscule increase would ensure that a resource crunch remains a perennial headache,” says one CSIR scientist who requested anonymity. Most of the council’s budget is now funnelled to salaries and pension payments, and on keeping the lights on at the institutes. “We can’t give money for our research programs,” the scientist says.

CSIR fared worse than other science agencies. Overall, India’s civilian R&D spending is set to rise 10.8%, to $8.1 billion. Big winners include India’s space program, which will get a 17.8% boost, and renewable energy with a hefty 26.1% increase. The Department of Science & Technology and the Department of Biotechnology, which together fund the lion’s share of India’s basic research, will increase 8.8% and 6.7%, respectively—relatively flat budgets taking inflation into account.

The government could have rewarded CSIR for the efforts it made over the past couple years to generate revenue, says Dinesh Abrol, a science policy expert at the Institute for Studies in Industrial Development here and a former chief scientist at CSIR. However, he says, “The budget does not provide any incentive or cushion” for the council, which now must scramble to fund any research at its labs.

Sahni insists CSIR’s plight is not grave. “There has been no real impact on research due to resource crunch,” he contends. New research projects in the pipeline will be funded, he says. “We are confident that we will generate additional funds from licensing our technologies and other value added technical services.”