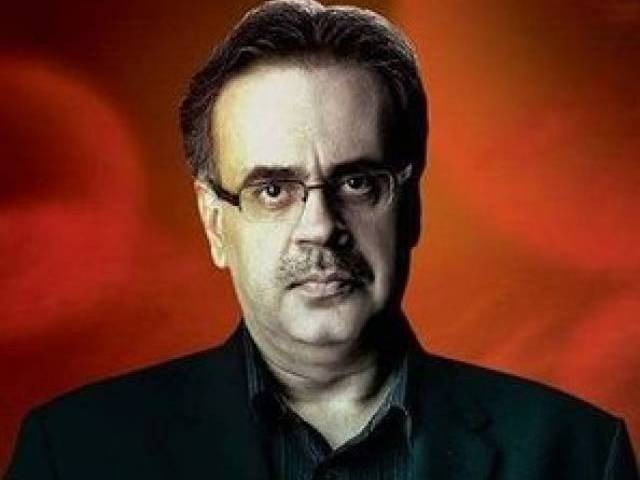 The gutter of fake news in Pakistan had been filling up fast over the years. Has it finally bubbled over?

TV ‘anchor’ Dr Shahid Masood triggered an avalanche of fear, anxiety and dread with his sensational disclosure that the man arrested for the rape and murder of little Zainab had as many as 37 local and foreign currency accounts. The ‘anchor’ went on to state with supreme confidence that the accused, Imran Ali, was part of a larger network of paedophilia that was spread over many countries. He appealed to the chief justice to take notice of these explosive revelations. The chief justice summoned him to court the next day where Dr Masood proceeded to hand over a slip to the chief justice, saying he had written the name of a federal minister who was involved in this racket of child abuse in Kasur.

The next day the State Bank of Pakistan officially denied that Imran Ali had any accounts, as claimed by Dr Masood. The sensational disclosures of the doctor were certified as being false.

Since the Supreme Court has already taken up the matter, one hopes it leads to concrete steps to combat this rising trend of fake news being peddled as ‘inside scoops’ by people on television. But this fake news culture — as evidenced by the latest spectacle of Dr Masood’s erroneous information — is symptomatic of a deeper and more malignant disease prevalent inside the media industry in Pakistan.

At the heart of it lies the absolute failure of most media decision-makers to appreciate the difference between fact and opinion. In mature democracies news media is built on a foundation of information that is supposed to be accurate, credible, and responsible. This is achieved at multiple levels. First, the reporter (or whoever is gathering or obtaining information) authenticates the information from various sources. He or she may have gathered this information through investigation or may have been handed over the information by a whistleblower, etc. In the first instance, the reporter has to check, crosscheck and then fact-check the information till it is confirmed by credible sources. There are ways and means to do this type of authentication and the trained journalist is armed with this skill.

In the second instance, the reporter has to again check, cross-check and fact-check the information leaked to him by the whistleblower or source. The reporter also has to factor in the intent of the person leaking the information in order to contextualise the value of the information. This skepticism is the armour that every trained and professional journalist must wear to protect his credibility and his viewers’ trust in him.

In Pakistan, however, media did not evolve in its natural progression. When General Musharraf granted the private sector permission to launch TV news channels in 2002, few were ready for it. In the rush to enter the virgin market, investors ploughed money into equipment, studios and available talent. Most senior position on and off the screen went to established journalists from the print media. These journalists layered their newly acquired TV skills over the existing editorial and journalistic foundation cemented over years in the profession. But they were far fewer than the vacancies in this swiftly expanding mediascape. Hence was provided an opening for glib-talking men and women who could sit in front of a camera and spin a web of enticing content not weighed down by the dictates of accuracy and factuality.

It was a heady cocktail: owners of channels most of whom had little understanding of journalism, news managers many of whom had never managed this breathtakingly fast medium, primetime ‘anchors’ many of whom had never worked a day as a journalist, and tens of millions of viewers who had never been exposed to fact-based information on TV (raised as they were on a sterilised diet of state TV). The field was fertile for fake news from the early days.

It was nourished by the structure built inside and around news channels. Other than two or three top news channels, all the others aped crude hierarchical structures with confused and disorganised workflows which led to unclear job descriptions and reporting lines. The editorial firewall, so necessary to filter facts from fiction, was breached mercilessly by channel decision-makers to manage and control screens as per their own preferences. But the real mayhem was reserved for primetime.

From a handful of news channels in 2002, their number today stands at 36 (as per latest Pemra data). Here’s some quick math to illustrate the crisis: if we take 7pm, 8pm and 10pm as key talkshow slots every evening and divide this by the number of news channels, the market requires (3×36=108) ‘anchors’ to feed these slots every single day. A whopping figure of 108 trained, editorially strong and mature ‘anchors’ can certainly be a sweet dream for Pakistan but it certainly is not a reality.

Distressing enough? Consider this: professional news channels across the world are centred on their newsrooms. These newsrooms are peopled by trained journalists who filter and judge information flowing like raging rivers from across the world. It is here that key editorial decisions are made about content that will grace the screen of the channel. The process of verification — so essential to the conduct of professional journalism — is revered by news managers as a key commandment.

In Pakistan, however, these fundamentals are contemptuously brushed aside in primetime so that the ‘anchor’ can fling his/her ‘breaking news’ at will. There are exceptions of course. At Express News (where I work) all breaking news, regardless of who is bringing it, must go through the filter of the professional newsroom before going on air. There are only one or two other channels where such strict workflows are in place. In all other channels, the ‘anchor’ by-passes all filters and broadcasts information as per his/her sweet will. The result is what happened with Dr Shahid Masood’s humungous error.

Accurate, authentic and credible information is what builds the foundation of trust between the news channel and news consumers. Opinion and analysis are layered on top of this foundation. Channels, owners, ‘anchors’, analysts are all entitled to have their opinions and air them. These men and women can have their ideological biases and partisan views; they can skew to the right or the left and support this party or that group. But what they cannot do is play around with facts. Information is the holy grail of journalism. Opinion plays a supporting role.

In Pakistan we seem to have missed this crucial point. When I say ‘we’ I mean all of us: owners, news managers, hosts and even the viewers. The rising trend of fake news is a by-product of this fundamental deformity within our news media industry. Dr Shahid Masood is just the latest manifestation of this festering wound that will keep bleeding such disasters unless it healed from the inside by an industry that would rather feed the wound than heal it.