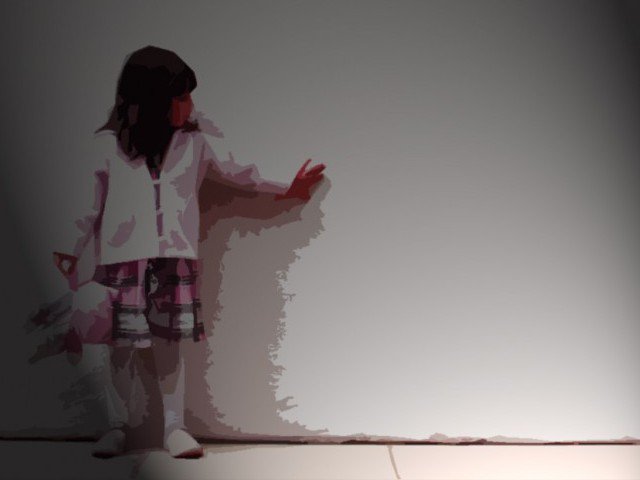 A nine-year-old little girl, residing in Mardan, revealed some gruesome details of being raped and harassed by two men on Sunday.

SHO Kharki Police Station Khan Muhammad held a presser, on Monday, sharing traumatising details of the rape of Rubina. The FIR was registered on January 28, 2018, in Kharki station by the victim’s father Muhammad Gul.

The statement recorded by Rubina reads that she was standing outside her home when the two culprits, named Muhammad Nawaz, son of Gul Nawab, and another, grabbed her hand and took her to the fields nearby and raped the minor.
13-year-old raped, murdered by brother in Quetta

When she returned, Rubina told her parents the ordeal through which she had just passed. This resulted in her guardians’ reporting the rape under Child Protection Act 376/53 and the alleged culprit was arrested. 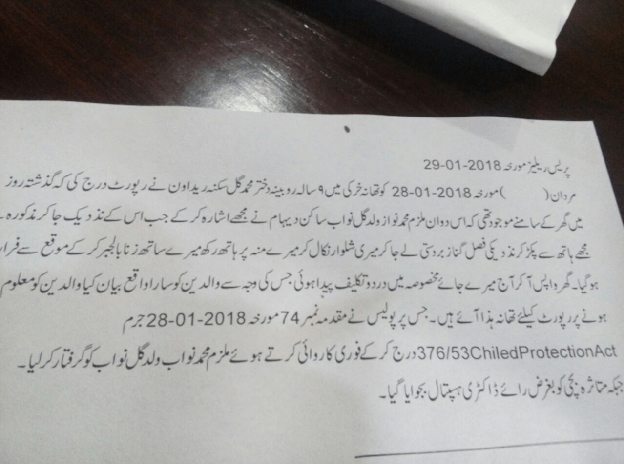 SHO Khan Muhammad stated that the medico-legal reports confirm Rubina was raped by the men and the reports are available with the police officer.

The brother of a teenage girl in Quetta, on Monday, also confessed to raping and murdering his sister.

According to police sources, the confession came during initial investigations. His blood sample and other evidences have been collected by police for forensic tests.

On Sunday, the 13-year-old was found unconscious in Killi Ismail area of the Balochistan capital. Initial medical examination report confirmed that she was raped before being strangled to death.

Rescue teams rushed to the site and shifted the body to Civil Hospital Quetta, where she was pronounced dead on arrival.

“Indications of early report suggests that the girl [age 12 or 13] was raped before being strangled,” police surgeon Dr Noor Baloch told reporters. A detailed report will be issued after the post-mortem, he added.